Start a Wiki
watch 01:27
The Loop (Movies)
Do you like this video?
Pirates of the Caribbean Online
left

Pirates of the Caribbean Online, sometimes called Pirates Online or POTCO, was an MMORPG (Massively Multiplayer Online Role Playing Game) based on the series of movies and the Disney theme park attraction of the same name. On August 20, 2013, it was announced that the game would be shut down on September 19, 2013 along with Toontown Online and Pixie Hollow. Until then, all players had free membership benefits.

In response to the closure, former players have created multiple private servers of Pirates of the Caribbean Online, the most successful one being The Legend of Pirates Online, commonly referred to as TLOPO. The project so far has released videos of the Character Creation, Potion Brewing, Fireworks, Multiplayer, Questing, Sailing, PvP, SvS, and much more. The project is currently in Open Beta stage, which was released on September 19th, 2017, exactly 4 years after the closure of the original game.[1][2][3][4][5][6]

Set sail on the vast blue waters of the Caribbean in search of adventure, fortune, and fame in the world of the infamous Jack Sparrow and the evil Jolly Roger. Create and customize your own Pirate, captain your own ships, and In Pirates of the Caribbean Online, a massively-multiplayer online game for the PC and Mac, you, alongside thousands of other players, will be able to fully experience the adventure of the films and explore beyond these boundaries to discover new myths and untold stories. Forge alliances, collect legendary weapons, battle evil undead forces, and use cunning and strategy to outwit your foes - all to become the most legendary pirate on the high seas. Assemble a crew of your fellow rogues. Set your own course, your own adventure, and truly live the Legend!

The player and others board the Pearl, and fight off the navy soldiers on the deck, then steer it through many obstacles, including navy Frigates, bridges, and the Goliath, and finally frees the Black Pearl from the Navy's clutches.

Pirates of the Caribbean Online has two modes: land and sea. While on land, players can talk with each other and non-playable characters. Non-player characters (NPCs) will give them Quests such as gathering a certain amount of an item, killing a certain amount of an enemy, or talking to a certain character. Other characters offer to sell players items or services. Both land and sea modes are viewed in the third person, that is, the camera angle is behind the player character; in sea mode, when piloting a ship, it is far enough behind so that the camera view sees the entire ship.

In battle, player's can choose between weapons. The left mouse button is always to attack. When using the sword, players can do more damage by timing their clicks correctly or by using a special ability. [7]When shooting, the player must aim as well as shoot.

At sea, one player is put in charge of the wheel. That player steers the ship as well as controls all cannons below deck. Other players may take the on-deck cannons. The on-deck cannons reload faster and can be aimed more accurately. Shooting the sails and mast will make a ship lose speed while aiming at the hull will damage and eventually sink the ship.

After having been knocked unconscious, or caught cheating at cards, players awaken in jail and must kick down the door to escape. Additionally, there is a small penalty to health points and voodoo points, which remains for a set length of time, itself reducible by engaging in combat.

The Notoriety system is a combination of level-based and skill-based advancement. Notoriety is always added to the player's pool, with a certain amount required to reach the next player level. Additionally, notoriety obtained by the use of a skill, whether ship piloting or weapons, is applied to that skill's advancement. Notoriety not obtained by the use of a skill, for example, that obtained by completing tasks or quests, does not add to skill advancement, but the player still benefits from the additional health and Voodoo points when they advance to the next player level.

The next thing is the Loot system. Loot drops are found after killing enemies, which may be weapons, charms or clothing. This update came by March of 2010 and made a drastic overhaul to the game play. Loot drops may be Loot pouches, Loot chests or Loot skull chests. Also amongst the rare, common or crude weapons, certain of the Lost Relics' weapons (as part of additional storylines involving a conquistador name El Patron) can also be found. These are very affective in the perspective of damage, as well as providing rare Break Attacks or Defense Attacks

Another part of the game play is Invasions and Expedition Fleets. Invasions are the attacks of the undead army of Jolly Roger upon the main cities of the game, which players will have to ward off, eventually ending with Jolly Roger himself coming into the forefront. Expedition Fleets are gigantic fleets of ships led by the deadly Ships of the line. Both these important elements of the new gameplay developed by the POTCO team have their own storylines (view POTCO Wiki)

Obtained near the start of the game, from Will Turner

Found throughout the game

Found throughout the game 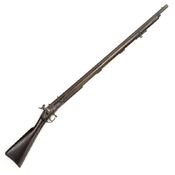 Obtained early in the game, from Barbossa on Devil's Anvil

Collected throughout the game from enemies

Collected from enemy drops as well

Found throughout the game, from enemies

Obtained after character level 5 is reached, from Tia Dalma in Cuba

Obtained after character level 20 is reached, from Captain Jack Sparrow in Tortuga

Obtained after character level 30 is reached, from Tia Dalma

Pirates Online provides a great quantity of quest content when compared with other MMORPGs. The quest for "Jobe Armor" in Anarchy Online, for example, a popular quest which provides a penultimate set of equipment, that is to say, a huge reward for a player nearing the apex of their power in the game has but three steps. [8] In contrast, "The Black Pearl" quest has eight primary parts, the first of which is composed of 14 tasks, including one to kill a total of 9 creatures of three different types. [9] The quest information in the link below is by no means a "walkthrough".

The game was first announced by The Walt Disney Company on April 26, 2005. It was originally scheduled to be released in summer 2006 to coincide with the release of the movie Pirates of the Caribbean: Dead Man's Chest. But in April 2006, the company announced that the release date would be pushed back. Disney's Mike Goslin said the game would be available well before the third "Pirates" movie was released in May 2007. News about the game has been released via a couple of email newsletter updates from Disney.

An early demo of the game was shown at the E3 trade show in May 2006. The game's official website was also redesigned at that time to include a trailer, some screenshots, and some concept art.

On January 8, 2007, Paul Yanover of Disney Online showed video footage of the upcoming game during Disney CEO Robert Iger's keynote speech at the Consumer Electronics Show. He also announced that "we’re going to let you play this massively multiplayer online game for free for as long as you want." Also, several press accounts of the event state that the game will debut during the second quarter of 2007.

On July 8, 2007, Disney Online announced that they are pushing the game back to Fall 2008. He cited the need to incorporate user feedback from the beta test as the reason for the delayed launch.

On October 18, 2007, Disney Online gave players the option to preorder Unlimited Access. Those who preorder are given 50% off their first month, a limited edition certified cloth map, and an exclusive founder title for each pirate on that account.

The game was finally released on October 31, 2007. To celebrate, a special event was held in California. Among the events were a costume contest, trick-or-treating, the Black Pearl, and a chance to get autographs.

Hector Barbossa, Tia Dalma, Elizabeth Swann, and Will Turner are "persistent" in the game world; they are always present in set locations.

Jack Sparrow and Jolly Roger are inserted into the game world infrequently; they appear primarily as participants in quests. Lord Cutler Beckett serves as an antagonist though he doesn't actually appear in the game. But Jolly Roger can be found at the near ending of an invasion and in Murky Hollow on Port Royal.

There are also several characters played by Game Masters (developers of the game) which bring about the continuity in story lines and events: There are the "good" pirates of the Marceline guild who were led by the honorable Captain Walter, the leaders of the East India Co.'s Black Guard, the undead Casa de Muertos guild who serve under Jolly Roger, ghosts of war and many others.

As is common in computer and console games, creatures vary greatly in their attacking and defensive power, to offer a challenge and Notoriety reward to all levels of players. The same model, often resized, is reused with a different name for higher 'level' versions of the same creature, e.g. Dread Scorpion has a higher level range than Giant Scorpion. Note that this does not hold true of the humanoid adversaries such as the Undead and Soldiers, who are many and varied in their appearance and weaponry. Enemies such as Ghosts have silhouettes of bodies surrounded by a fog of red or orange fog

The only creatures that can not be found on the main islands of Cuba, Padres del Fuego, Port Royal, and Tortuga, are Terror Wasps found in the Queen's Nest on Isla Perdida, French and Spanish undead found on Isla Cangrejos and Cutthroat Isle respectively, Davy Jones's Crew on Isla Tormenta, El Patron's Ghost Crew on Raven's Cove Fire Bats also on Raven's Cove, and Jumbees on the Queen Anne's Revenge. 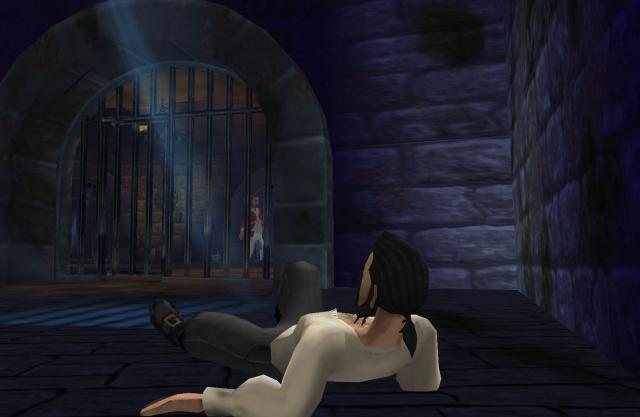 Cavern zones are arranged by the island from which they must be accessed. In the case of multiple cavern zones on one island, the zones are numbered. Numbers in parentheses indicate links to the cavern zones corresponding to that number, names indicate they link directly to the main island zone. Generally speaking, the more zones away from the primary island zone, the higher level the enemies therein.

The UK version of POTCO was announced. It appears that the version of the game is completely different from the US version. No more information is known about this game, other than the idea was scrapped and US and UK players play in the same game.

The Test Server is part of Pirates of the Caribbean Online where only players with access to it, can test new parts of the game such as new content/updates, new weapons, new quests, etc.

Timeline in relation with the filmsEdit

The events of Pirates of the Caribbean Online which include the British Royal Navy stealing the Black Pearl, several pirates helping to bring it back, Jolly Roger searching for Jack Sparrow and his several invasions and raids on the many islands and settlements of the Caribbean seem to have occurred somewhere in between The Curse of the Black Pearl and Dead Man's Chest.

Here are the reasons why this statement is verified :

Retrieved from "https://pirates.fandom.com/wiki/Pirates_of_the_Caribbean_Online?oldid=181414"
Community content is available under CC-BY-SA unless otherwise noted.