A gallery of images and videos from the Disney attraction The Legend of Captain Jack Sparrow.

Behind the scenes[edit | edit source]

Scale model of the attraction.

"Consider that a warning!"

Depp and Taylor with the Imagineers.

"Ha! Then prepare to be put to the test, and face the trials of a pirate's life."

"Heartier souls than I thought ye'd be. Aye, you must be stouthearted, indeed, to enter this cursed place. Ah, but there be magic here too, mateys. Anything can happen, as...you...shall...see."

"There's only one way to stop a skeleton crew."

"Send those bones to Davy Jones!"

"Now, let's see how you fare against the Flying Dutchman and her vile captain, Davy Jones!"

"Think you can outwit me, do ya, ye blasted interlopers. Summon...the Kraken!"

"Now, let's see if you can resist a prettier face."

"Looks as though she has her sights set on you, mateys. Now, don't worry, you're perfectly safe as long as she doesn't start singing."

"Now, muster up and stand at attention for Captain...Jack...Sparrow!"

Captain Jack Sparrow with a redhead.

Captain Jack aboard the Black Pearl.

The Dutchman attacks the Pearl. 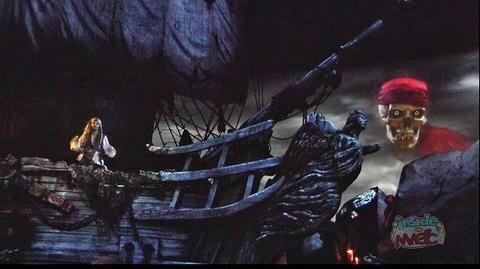 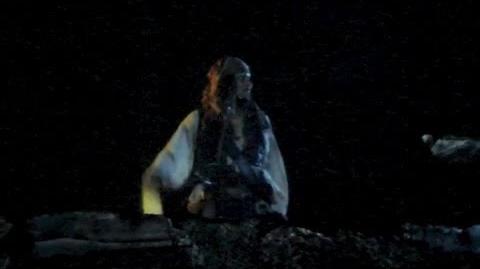 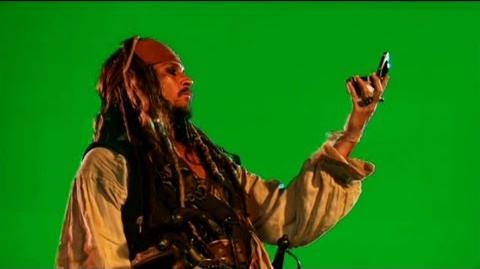