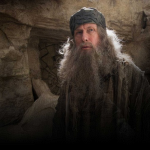 Take what you can give nothing back! Including death.

I'm a privateer, a legal pirate! I have no bounty! And I'm also the fallen one! A great blacksmith! By the way, if you need any weapons justcome to the Isle of Kail.

'Ahoy there Pirates and King's Men Alike!' Like most people who are members of this great website, I am a hardcore Pirates of the Caribbean fan. I've watched all the movies, read all the books, played all the videogames, and know everything there is about Pirates of the Caribbean. I won't always be as responisve, as I intend to expand the Weapons pages, and maybe even start some new ones. This is beacause I am a lover of weapons.

I am a MASSIVE and LOYAL fan of the Pirates of the Caribean franchise (I even have my own Pirates of the Caribbean Online Account. Ha! Take that ye bloomin' cockroches! Ha Ha Ha!). My favourite character in the POTC films is Hector Barbossa ; he's the ultimate survivour. And yes in New Zealand that's how we spell survivour.

My favourite weapon from the films is the Sword of Triton, and my favourite item is Jack Sparrow's Compass. And when you're like me and are as wise as Solomon (have to keep Phillip happy don't we mates?) in the ways of Pirates of the Caribbean, you can be asked a question about it and answer it in like 5 seconds. So take what you can and give nothing back! Includin' Death per say.

I will try my best to reply back when I'm sent a message, but I wouldn't swear on it' .

And now, one last thing. So tell me: why read this dull message when you could improve your knowlege of POTC? Savy?

Retrieved from "https://pirates.fandom.com/wiki/User:HephaestusThePrivateer?oldid=115878"
Community content is available under CC-BY-SA unless otherwise noted.