faked my own death back in '24

Bretheren of the Coast

I already said, I may be old but I aint' dead yet!

Welcome aboard the Defiant, mates, tou'est ship of the line Ever to sail the wa'ers o' the Caribbean! I was born in Bristol, England back in 1680, and when I reached the mere age of twelve, me family was taken to the West Indies to work as slaves because of debt, and I was the only one to escape. I lived with a Blacksmith for ten years who became a friend of mine, and in 1702, I joined the crew of a Sloop called Revenge and after a mutiny, I was elected Cap'n. Though me crew and I were heroes to the people of Holland and England (after recieving quite a few letters of marque) we were feared by the men of Portugal, Spain, and France. I eventually rose to the top and became one of the most famous pirates of the 18th century and even became the Pirate Lord of the Gulf of Mexico (a minor position, but important nonetheless as the Spanish were my enemies). The mantle was given to me by my dying archrival, Robert Morgan who recieved the position from old Cap'n Kidd 'imself!

After saving all the members of me family and even becoming an Admiral in the Royal Navy (but still a friend to pirates everywhere), I assumed command of the HMS Defiant, an eighty-gunned ship of the line which I command to this very day (though I am in an old age at the moment, nearing 70). I live in Port Royal but still visit some old friends of mine such as Jack Sparrow and Barbossa and even go on occasional raids against the Spanish. I am a friend to all pirates and King's men who will honour me with respect of course (not only as their elder, but as a pirate, savvy?)

I posess many weapons and useful items which of come in handy on many occasions. A pirate's best friend be his sword, mates (actually, his ship be his best friend o'erall); it doesen't matter what kind'a blade ye have, cutlass, rapier, saber, broadsword, they all be good choices. I use two blades which are both good for different things. Me' rapier be a very special thing to me as I rarely duel without 'er. Back in 1716, ole' Cap'n Peter Blood gave me his Sabre which is an amazing sword that also comes in 'andy during boardin's to cut me way through the enemy crew.

Pirates should have guns as well, as they are handy so ye can win a duel faster. A pirate NEEDS his sword, but he SHOULD have a gun as well. They are like the icing on the cake (the sword bein' the cake of coarse). During boardin's, I begin by firing me' musket while on the quarter deck of my ship. Then I grabs me Blunderbuss an' load as much random debris as its muzzle can hol'. an' fire a few roun's into the enemy crew. I then charge over to the enemy deck (with me' sabre of coarse) and hack at the enemy. I usually have three pistols loaded in my belt, two identical pistols imported from India, and a curious golden one that I found when I found the treasure of Henry Morgan. The latter I always save for the enemy captain if they haven't surrendered within the hour. Aside from my swords and guns, I do ave' a cu'ple other weapons as well such as grenades, daggers (both poisoned and unpoisoned), and my metal breastplate I wear under me' clothes. The pictures bellow show the weapons I normally use. Besides weapons, I also where three hats, one of each for a specific occasion. When I feel like a man of honour, I wear my cocked Bicorne (which I tend to do so with my uniform as well). When I feel like a gentleman of fortune, I wear my plumed chappeu. When I feel like a Buccaneer and survy knave, I tend to wear my tricorne. Just thought you may need to know this, I good pirate NEVER wears his hat into battle. A bad pirate doesn't either, he wears his battle gear

Though ye probably wouldn't see it under me clothes, it has saved me countless times from falling in battle

Whenever I duel the enemy's captain, I always use my rapier I forged when I was 18

I was given this sword by Captain Blood himself. It is useful when surrounded by many enemies 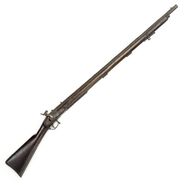 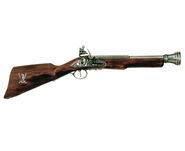 My Brace of Indian Flintlocks 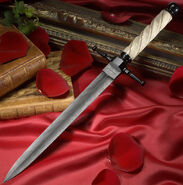 I hold many dangerous smaller weapons in me belt, some of which are poisoned with viper venom

I wear my uniform dress sword with pride]]

I occasionaly keep grenades in my belt 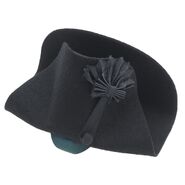 My Bicorne hat I wear with my uniform.

When I feel like a gentleman corsair while on my ship and at events (such as pirate congress), I wear my plumed Chappeu

Before battle, I dress in this hat and hoist my colours above my ship, I put on my tricorner hat
Add a photo to this gallery
Retrieved from "https://pirates.fandom.com/wiki/User:Mrcharlton?oldid=135933"
Community content is available under CC-BY-SA unless otherwise noted.